Atlanta has grown a good bit over the past years.  Areas that used to be green landscapes with nothing but farms are now urban/suburban centers full of restaurants, shopping malls and housing developments.  Fortunately for us there are several multimodal transportation advocacy groups, like Bike Roswell! and Bike Alpharetta, that encourage these developing areas to incorporate infrastructure for other modes of transportation, in this case bicycles.  North Atlanta / Fulton has several cities like Sandy Springs, Roswell, Alpharetta and Woodstock between others.  These are closely tied by major highways as well as beautiful back roads that are good for some great rides.

We all ride bicycles for different reasons.  Some people ride their bicycles as a hobby, some as a way of transportation and others for fitness and health.  No matter what your motive is, you can find a good place to ride around Roswell. Here are several recommendations on roads you can take from Roswell to other cities in the North Atlanta Area.  Our recommendations, while not free of traffic, are practical and relatively safe without making your trip excessively long.

The most direct route to Alpharetta from Downtown Roswell is via Highway 9, however, we do not recommend riding your bicycle on roads like Hwy 9 (Alpharetta Hwy).  When leaving downtown Roswell there are two “bike friendly” arteries that will get you across Hwy 92.  These are Woodstock Rd. and Crabapple Rd.  Out of these two we prefer Woodstock Rd.  While the route is a tad longer it has a flatter profile and provides better scenery through some nice suburban neighborhoods.  Once across Hwy 92 you can turn right onto Hardscrabble which is basically a straight shot to Alpharetta.  Roads like Mayfield Rd. and Mid Broadwell are the two best ways to approach Alpharetta.  This route takes you through Milton, home of the Olde Blind Dog Irish Pub which hosts the Olde Blind Dog Cycling Club.  Length is approximately 10 miles and should take less than an hour for the average rider.

An alternate route to the one mentioned above is to take Westside Pkwy all the way to Academy St.  To reach Westside Parkway from Downtown Roswell you must take Norcross St. heading east to Grimes Bridge Rd. then continue onto Old Roswell Rd which turns into Westside Pkwy.  This route has 2+ lane roads and bike shoulders, however, the speed limits are higher (45mph) so make sure you are comfortable with vehicles passing at those speeds.  Another benefit to this route is the fact that it takes you through Avalon.  This new live/work/play complex holds numerous businesses and restaurants which make it a destination of its own.  This route is approximately 9 miles and should take less than an hour.

Things to see in Alpharetta: 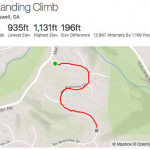 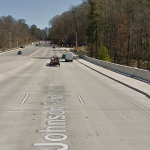 Riding Around Atlanta: Episode 2. Roswell to Buckhead
Scroll to top

Because these cookies are strictly necessary to deliver the website, refusing them will have impact how our site functions. You always can block or delete cookies by changing your browser settings and force blocking all cookies on this website. But this will always prompt you to accept/refuse cookies when revisiting our site.